It is September and vegetables at the farmers’ market are changing.  Potatoes are plentiful.  I buy my potatoes from an organic farmer who grows several varieties.  My mother bought potatoes.  That’s it…potatoes. In a bag.  Potatoes.  Plain old potatoes.  I have discovered that there are many types of potatoes and they are used for different purposes.  And the right potatoes for the right recipe really do make a difference.

This is a simple set of recipes that uses potatoes to make comforting food that can be a side dish or the whole meal! 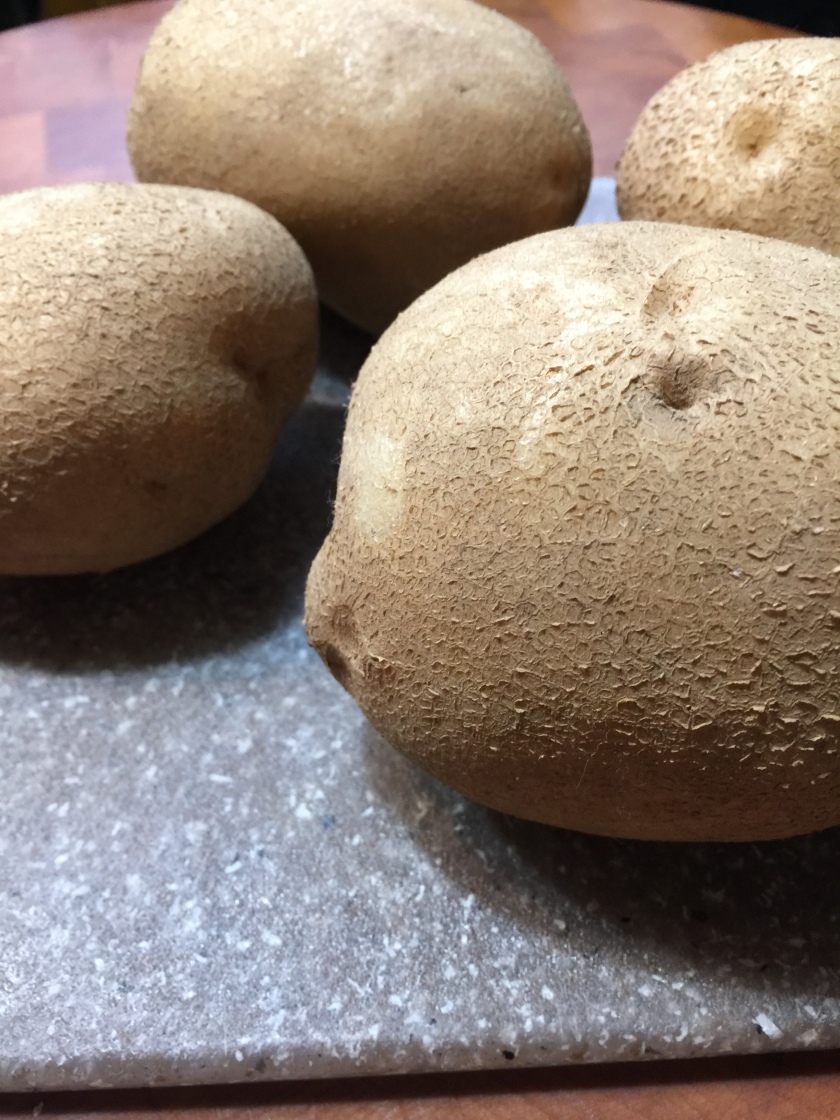 Peel the potatoes and cut them into similarly sized pieces so they will all cook at the same speed. 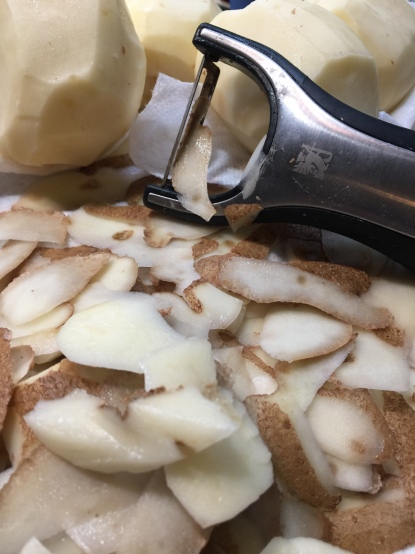 Bring a pot of water to the boil.  Carefully drop the sliced and chunked potatoes into the boiling water.  Be careful not to splash!

Boil the potatoes for about 15 minutes or until a knife easier goes through. (If they start to boil furiously and threaten to spill over the edge of the pot, lower the heat).  Drain.  Mash with a potato masher, a potato ricer, or a big fork…do not use an electric mixer. 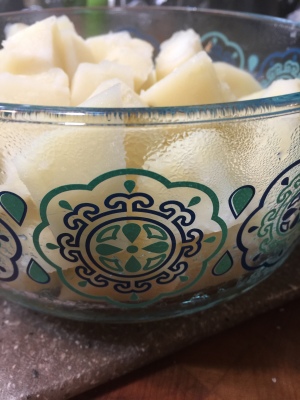 Drop in butter in pieces (about 4 to 6 ounces total).  Sprinkle with salt.  Add dried or fresh parsley, mix, done, serve. 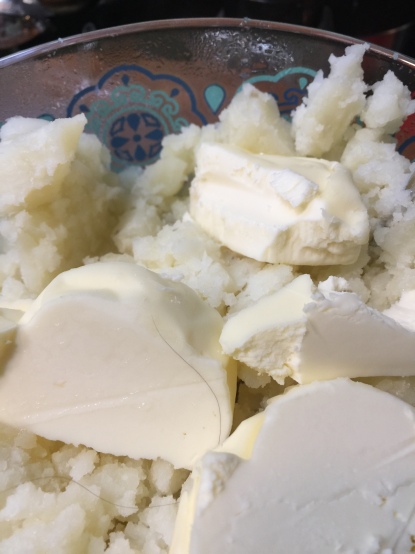 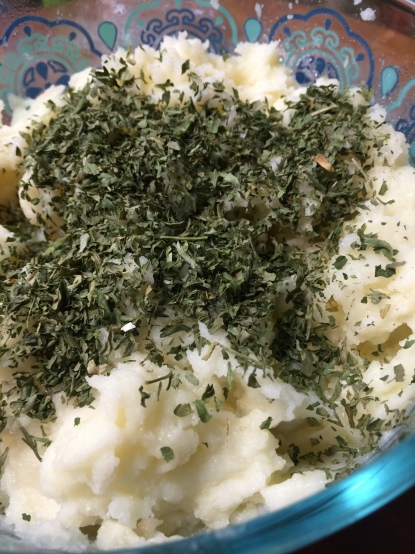 I love these.  I could eat them every day.

Heat some butter on medium high heat in a large frying pan.  Take a large spoonful of specially prepared or leftover mashed potatoes and make a patty.  Drop the patty into a pile of panko crumbs.  Press gently.  Flip.   Press again.  Put the patty in the frying pan in the melted butter.  Do not touch, flip, or poke at the pancake for at least five minutes.  Slide a thin spatula under the potato cake and flip quickly.  Again…leave alone for five more minutes.  The potatoes are already cooked, we are just crisping the outside. 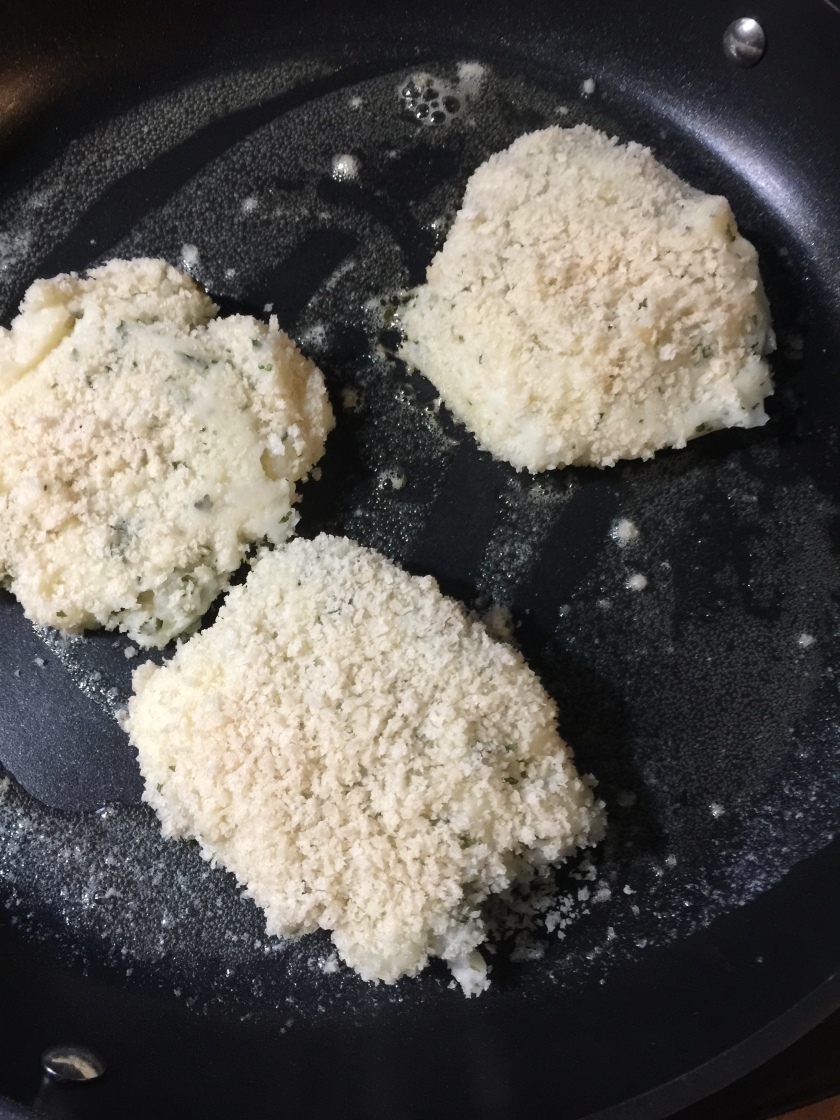 When the cakes have browned on both sides, remove from the frying pan to a plate, top with sour cream and devour.  Luxury!

In preparing this recipe to get photos I served them to my husband who is 100% Irish (yes, we did the DNA…100% second generation) and says he doesn’t like potatoes.  He had seconds of these! 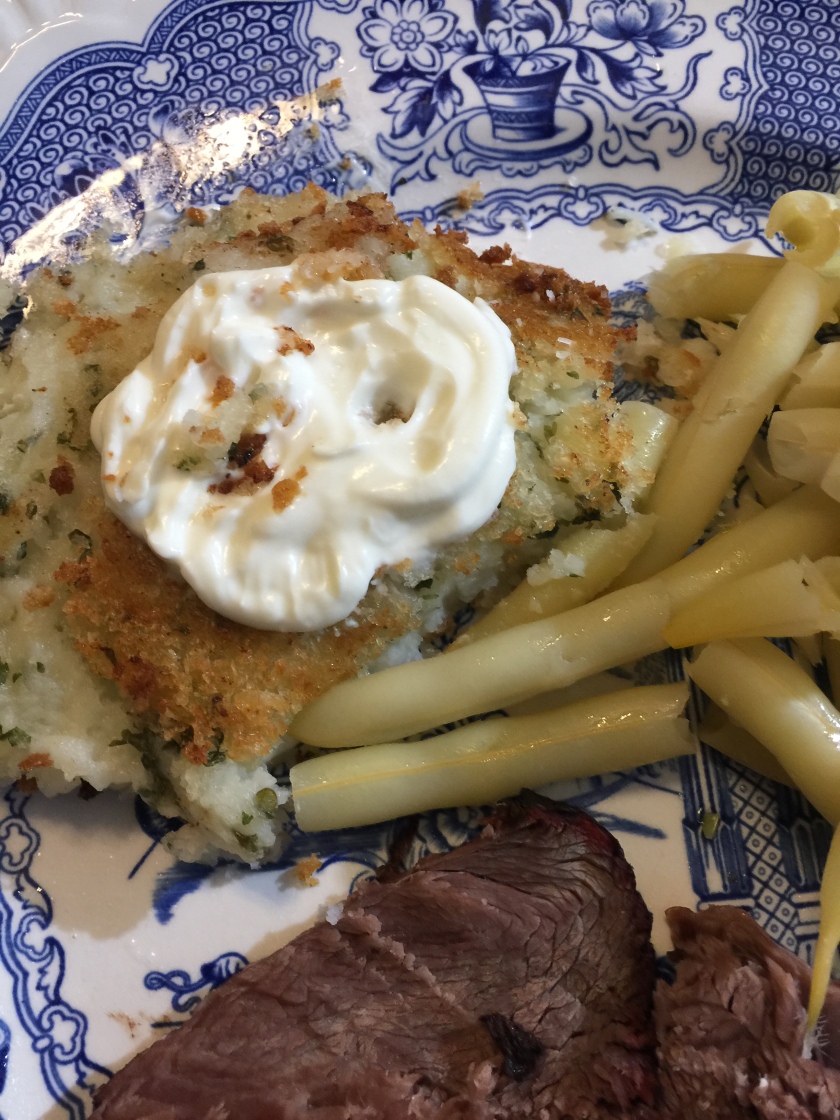 Where to get the ingredients at the Collingswood Farmers’ Market:

Potatoes:  Savoie Organic Farm (Ask them about their potatoes…they will sell you the right ones for this or any recipe), Flaim Farm, Formisano Farm, Muth Organic Family Farm.